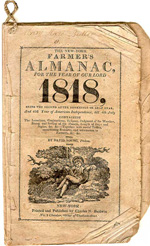 "Winter Is Coming" to Westeros and Philadelphia

The 2016 Farmers Almanac predicts that our Greater Philadelphia region, including Southern New Jersey will receive above average snowfall this coming winter. As a matter of fact, the Almanac is predicting the whole Atlantic Corridor that includes Washington, DC, Philadelphia, New York City, and Boston, winter will be colder and slightly wetter than normal, with above-normal snowfall. Exactly how much snow the Almanac doesn’t say, but it predicts that the periods with the most snow will be in mid- and late December, mid-January, and early to mid-February. And with the cold comes a lot of winter weather property damage! 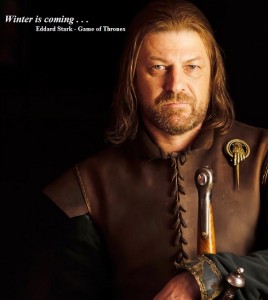 The prediction caught my attention.
It seems like we’re just recovering from the Polar Vortex that caused the “frozen pipe apocalypse” of 2014 and 2015 with hundreds of Philadelphia area homes and businesses experiencing water damage from burst pipes. And, it made me think of the ominous quote from the popular HBO Series “Game of Thrones:”

The HBO series is an adaptation of the fantasy novels George R. R. Martin started publishing in 1996. Set in the fictional Seven Kingdoms of Westeros, Game of Thrones plays out in an environment “with summers that span decades and winters that can last a lifetime.”

And the polar vortex of 2014 certainly made many of us feel like we were suddenly transported to Martin’s fantasy world.

So how bad was it, really?

It wasn’t just a fantasy.
Early in January 2014, Evan Gold, senior vice president at Planalytics, a business weather intelligence company in suburban Philadelphia estimated the polar vortex would cost the economy $5 billion dollars. A few weeks later, when the cold still hadn’t completely let up, he increased his estimate to $15 billion. At the time of this writing, the bean counters are still counting and the total amount probably won’t be reported until early next year. But, you can bet it will be a big number . . .

“Severe winter weather is the third-largest cause of insured catastrophe losses, after hurricanes and tornadoes,” said Dr. Robert Hartwig, president of the I.I.I. and an economist in a recent press release.

In a typical winter, most of the storm losses occur in northern and mountainous regions of the United States. But, the polar vortex of 2014 and the hard winter of 2015 brought piercing and sustained cold to millions of homeowners and business owners in our Delaware Valley region and further south who were unprepared for it – making our region look and feel a lot like Martin’s brutal fantasy world of Westeros.

With the recent history of the Polar Vortex fresh on our minds, and the visions of Game of Thrones playing in our heads, one thing is clear:
The time to winterize is now – when the leaves begin to turn – and not when the snow begins to fall!

So where can you begin to prevent winter weather property damage?

5 Tips to Prepare Your Home or Business for Winter on the Outside
1. Clean out gutters. Remove leaves, sticks and other debris from gutters, so melting snow and ice can flow freely. This can prevent ice damming, a condition where water is unable to drain through the gutters and instead seeps into the house causing water to drip from the ceiling and walls. Remember: water that stays in the walls and soaks insulation is a breeding ground for toxic mold growth later on!
2. Install gutter guards. Gutter guards prevent debris from entering the gutter and interfering with the flow of water away from the house and into the ground – and can protect all your good work from tip #1.
3. Trim trees and remove dead branches. Ice, snow and wind can cause weak trees or branches to break, damaging your home or car, or injure someone walking by your business property.
4. Repair steps and handrails. Broken stairs and banisters can become lethal when covered with snow and ice.
5. Seal cracks and holes in outside walls and foundations. Caulk and install weather stripping around windows and doors to prevent warm air from leaking out and cold air from blowing in.

9 Tips to Prepare your Home or Business for Winter on the Inside
1. Keep the house and office space warm. Even though it might hurt the pocket book a bit, remember to set your thermostat for at least 65 degrees. The temperature inside the walls, where the pipes are located, is a lot colder than the rooms in which you live and work. As tempting as it is, a temperature below 65* won’t keep your pipes from freezing. So all the money you save on gas and electric could potentially be spent cleaning up water damage from burst pipes.
2. Add extra insulation to basements and crawl spaces. Well-insulated basements and crawl spaces will also help protect pipes from freezing.
3. Provide a reliable back-up power source. In the event of a power outage, continuous power will keep your home or business warm and help prevent frozen pipes as well as help if you have a battery operated sump-pump. Consider purchasing a portable generator and follow installation and maintenance steps to ensure safety. Remember: never run a generator indoors because they create carbon monoxide fumes!
4. Check pipes. Look closely for cracks and leaks and have the pipes repaired immediately. Pipes in attics and crawl spaces should be protected with insulation or heat. Pipe insulation is available in fiberglass or foam sleeves.
5. Install an emergency pressure release valve in your plumbing system. This will protect the system against increased pressure caused by freezing pipes and can help prevent your pipes from bursting.
6. Learn how to shut the water off and know where your pipes are located. If your pipes freeze, time is of the essence. The quicker you can shut off the water or direct your plumber to the problem, the better chance you have to prevent frozen pipes from bursting.
7. Have your heating system serviced. Furnaces, boilers and chimneys should be serviced at least once a year to prevent fire and smoke damage – and puff backs!
8. Remove combustible items placed near any heart sources. This includes wood stoves and space heaters.
9. Install smoke and carbon monoxide detectors and check them every month! Not only do residential fires increase in the winter, but so does carbon monoxide poisoning.

If the worst should happen, and the Farmer’s Almanac is correct, and our Greater Philadelphia region gets plunged into what feels like Westeros again, the Insurance Information Institute would like you to know:

If you have questions about what is and what is not covered on your policy, the best resource to answer your questions is your insurance agent!

But, if you do experience property damage – from fire and smoke or winter weather water damage – you can count on us to get you clean, dry and cozy again… Even if it feels like Westeros!