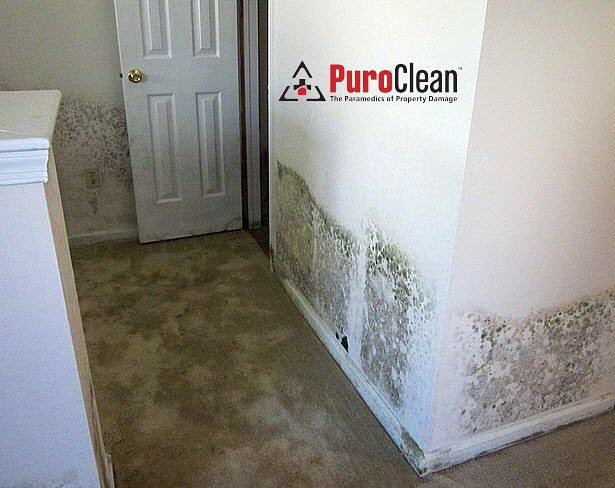 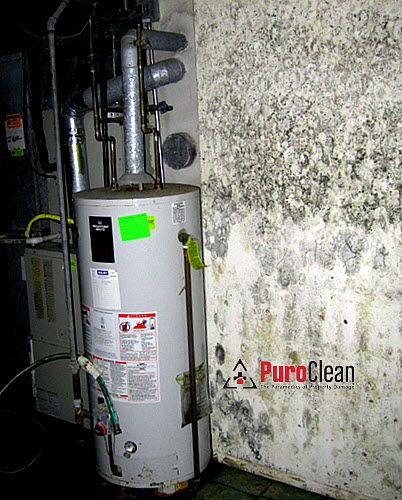 Because new research findings indicate drywall is already contaminated with mold spores, all mold needs to bloom is moisture, like it did in this Cherry Hill, NJ home when the hot water heater burst

And the problem leaves homeowners with many questions, not the least of which is “How can this happen?”

We discussed the problem of mold growth in homes after new construction in several previous posts:

But recent research findings published in the journal Indoor Air suggests that beyond those issues, the problem of moldy drywall begins with its manufacture.

Drywall (also known as plasterboard, sheetrock, and gypsum wallboard) is a panel made of gypsum plaster pressed between two thick sheets of paper. The core of drywall is made from 90 to 95 percent recycled material. Most of the gypsum core is old drywall reclaimed from building sites. The paper on the outside is made from recycled newspapers.

And it appears from the research findings that it’s the paper exterior that’s causing the moldy drywall problem.

To find out, first, the researchers disinfected the surface of gypsum wallboard discs. This step removed any traces of mold or bacteria. Then, they wet the disks with sterilized water. Because molds are everywhere, the researchers sealed the disks. This step prevented contamination from any mold spores in the air. After that, they incubated the disks for 70 days.

At the end of the incubation period, the results of the experiment showed three types of mold grew: Aspergillus, Chaetomium, and Stachybotrys chartarum.

These findings suggested to the researchers “that these three fungal species are already embedded in the materials, presumably in the paper/carton layer surrounding the gypsum core,” before the panels ever reached the store or the building site. (italics added) 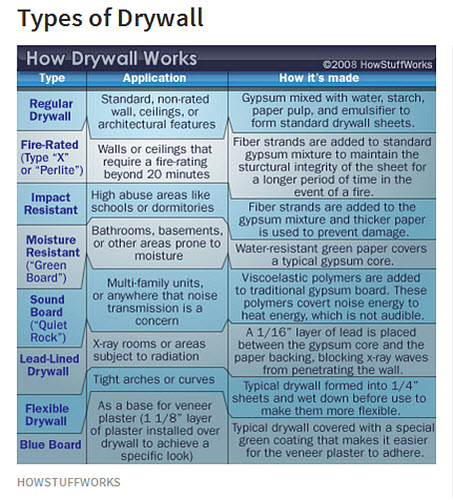 So what can a homeowner do to prevent moldy drywall?

Using drywall in construction became prevalent because it’s a cheaper and speedier alternative than traditional plaster and lath used in older homes.

However, with the findings of this new research, if you are a mold sensitized individual, consider purchasing an older home with plaster and lath walls instead of wallboard.

If that’s not an option, consider mold resistant construction materials. They’re a little more expensive, but worth the price in prevention.

Also, whether or not you’re a mold sensitized individual, remember mold can’t grow without water.

Therefore, get any problems with leaks, bursts or floods clean, dried and sanitized fast to prevent the problem from happening.

For help with water damage cleanup to prevent mold growth in your home,
or for mold inspection and mold removal,
in the greater Philadelphia and Cherry Hill NJ area call 877-750-7876