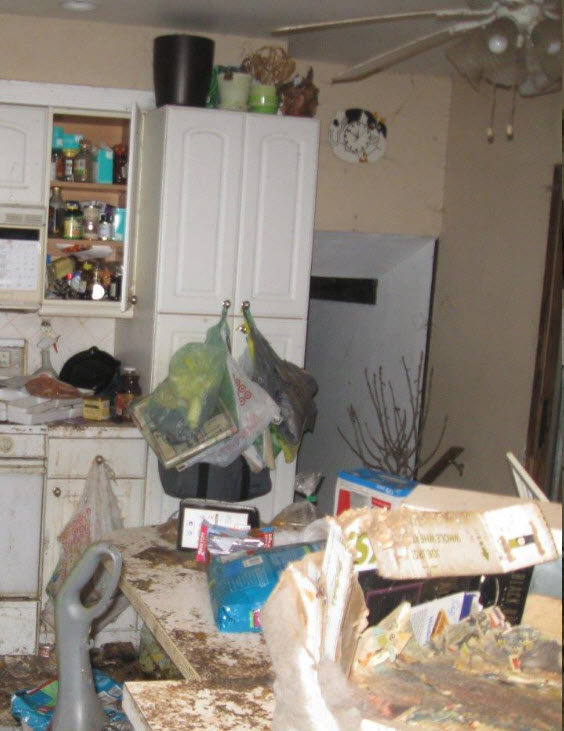 May is Mental Health Awareness Month

It may seem strange to post a message on our blog about Mental Health Awareness Month.
After all, we’re a property damage restoration company.
You might wonder what in the world these two things have in common.
Quite frankly, quite a lot.
You see, in our 7 1/2 years of providing service to communities throughout the Delaware Valley we’re often called out for two types of property damage directly caused by mental illness: unattended death scene cleanup after suicide and clean up for hoarding disorder.

But for us, it’s also personal.

Several years ago we had an employee who committed suicide. There were none of the usual warning signs like expressions of hopelessness or lack of interest in future plans. Sure, he was experiencing stress in his personal life because he and his wife were going through a divorce. But at work, he was as cheerful and friendly as he always was, with no evidence of a personality change. We had no warning that he would soon take his own life.

So for us, as for his family and friends who survived the shock of their loved one’s suicide, we were left with confusion and so much sadness. Our employee chose a permanent solution to the temporary problem of the distress he was feeling . . . 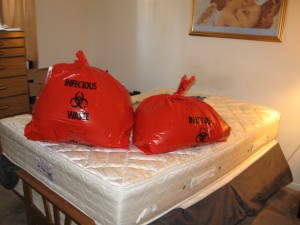 Biohazard cleanup of an unattended death scene in Bensalem, PA 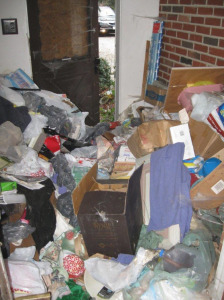 Entryway of this NJ hoarder’s home before cleanup

Now consider the statistics about hoarding:

• Research suggests that hoarding disorder affects an estimated 5.8% of the general US population or about 18 million people.
• But this estimate may not be accurate since most people with the disorder won’t seek treatment until there’s a crisis like a fire in the home that brings the hoarder to the attention of the family or community.
• Hoarding prevalence is the same for men and women.
• Hoarding usually starts around ages 11 to 15, and it tends to get worse with age.

So what’s common about these two mental illnesses?

They both start in childhood.

And the cost to the economy, our communities, children and families of people diagnosed with depression, hoarding disorder, and other mental illnesses is staggering in its proportions and the amount of suffering it incurs.

As Thomas Insel, director of the National Institute of Mental Health states: Although some may believe mental illness doesn’t affect them, it costs the country at least $444 billion a year. Only about one-third of that total goes to medical care. The bulk of the cost to society stems from disability payments and lost productivity. That total doesn’t include caregivers’ lost earnings . . .

Which brings us to this year’s Mental Health Awareness Month campaign theme:   “B4Stage4”

This year’s campaign focuses on how people can address mental health issues earlier, rather than at “Stage 4” – when symptoms are more severe, and the recovery takes much longer.

It makes sense. We don’t wait years to start treating other diseases, like cancer, heart disease, or diabetes. We find and start treatment and address the cause at the first stage of the disease. We start before Stage 4. 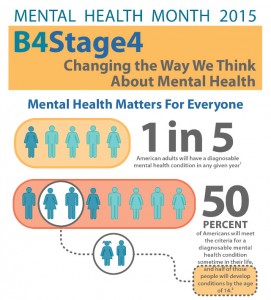 May is Mental Health Awareness Month

But the problem is in the stigma. Conversations about depression and suicide or hoarding are hard to start. But unless we start educating ourselves to have the hard conversations, the stigma as well as the suffering will continue.

Mental Health America and NAMI  have led the observance of “May is Mental Health Awareness Month,” reaching millions of people through the media, local events and screenings. Each year they help fight the stigma of mental illness by providing support, educating the public and advocating for equal care.

PuroClean Emergency Recovery Services joins them this year in spreading the word that mental health is something that we can all care about.

If you or a loved one has symptoms of hoarding disorder, talk with a doctor or mental health provider as soon as possible. A list of professionals who treat hoarding disorder in the Greater Philadelphia and Southern New Jersey region is provided  here: Help for Hoarders

If you know someone who is struggling with depression and thoughts of suicide, or is burdened under the crush of hoarding disorder . . . As hard as it might be, you may also need to contact local authorities, such as police, fire, public health, child protective services or animal welfare agencies, especially when health or safety is in question.