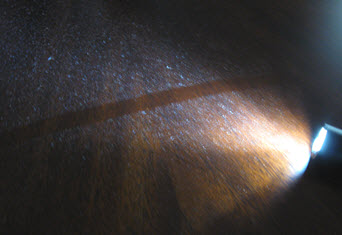 Betcha didn’t know we clean that too! Insulation Dust Cleanup

Every business exists to solve problems, and ours is no different. 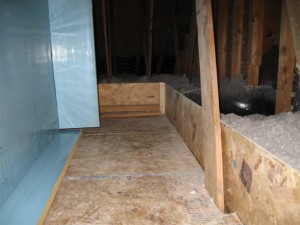 A few years ago, we were called in to solve a special cleaning problem for another contractor: blown-in insulation dust cleanup.

One of his technicians made a huge mistake when installing blown-in, cellulose insulation.
He forgot to seal off all the doors and entryways BEFORE starting the installation process.

As you can imagine, the end result was was a huge mess. Cellulose insulation dust permeated every room in the home.

The contractor had already called in a maid service who vacuumed and dusted the home twice. But they were unable to contain and capture all the dust.

A little information about cellulose insulation:

Cellulose insulation is made from three-fourths recycled newspapers. Most of the non-recycled content is fire-resistant chemicals.

The chemicals added to the cellulose insulation protect against fire and are considered to be non-toxic. That means they are generally regarded as safe – for most people.
And, in the unlikely event of a fire, the vapors released are not poisonous.
In addition, the same chemicals used to make the cellulose fire retardant have added benefits. They scare off rodents, insects, and inhibit mold.

However, in this case, the homeowners were chemically sensitive to the fire retardant chemicals in the cellulose insulation.

And now that cellulose dust was airborne, causing the homeowners breathing difficulties.
The difficulties with indoor air quality were so bad, the couple had to leave their home. So, they went to live with their son until the home could be completely free of the insulation dust.

But because the wife of the homeowner continued to feel an itchy throat and problems with breathing, she asked us to take a closer look: 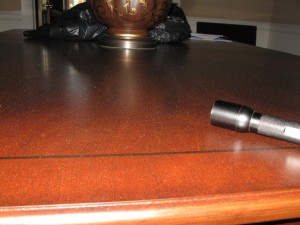 The extent of the dust problem was not immediately evident 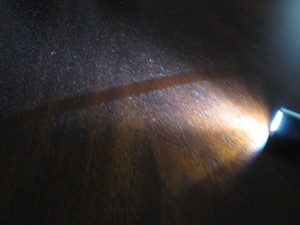 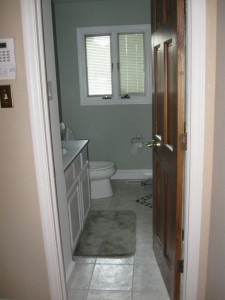 This bathroom looks clean on the surface – almost spotless! 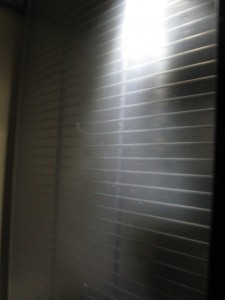 A change of perspective highlights the problem

The dust seen on the table and window highlights just how bad the problem was for these homeowners. Remember, a maid service had already cleaned this home – twice! – before they called in PuroClean Emergency Recovery Services.

In order to make their home liveable again, we used HEPA filtration technology on every floor of this split level home

We used 5 devices in all. They exchanged all the air in the home several times a day for 2 weeks.

While the air was being “scrubbed,” we cleaned all vertical and horizontal surfaces twice. That included the ceiling, walls, furniture and floors.
The result?
Success! And an indoor air quality test confirmed it. We passed on all parameters. And now, the homeowners were able to move back in!

So, if you or a contractor you know has a cleaning problem that defies definition, including insulation dust cleanup, call in the problem solving experts at PuroClean Emergency Recovery Services at 877-750-7876