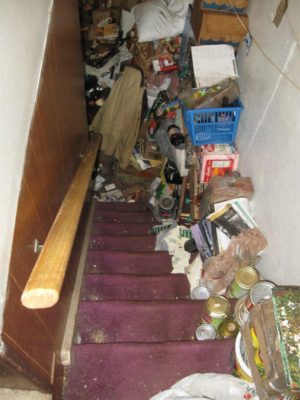 Help for Families of Hoarders in Philadelphia – Part II

As promised, this is a follow-up to the previous article. It focuses on help for families of hoarders in Philadelphia and the surrounding area. 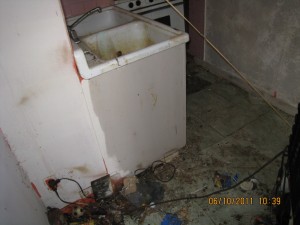 Now that the trash from the hoard is gone, we need to clean and sanitize

The work on the hoarder’s home we were called to for fire damage clean up services in Philadelphia is going well.
All the debris was removed, and the exterminator has done his job well (Thank you Stephen’s Exterminating!) So now the vermin are gone, and we’re on to the fire damage restoration portion of the job.
It will be several weeks before the couple will be able to return home. However, when they do, it will be clean, sanitized, deodorized, and refurbished. And that, as they say, is the easiest part of dealing with hoarding.

The harder part will be for the residents to make the mental and behavioral changes so that a relapse doesn’t occur. 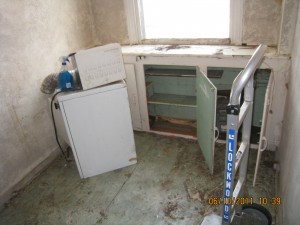 Help for Families of Hoarders:

Okay, I admit it. Part of my fascination with this job is because of my own hoarding tendencies. While I don’t hoard trash or “stuff” from yard sales and garage sales like the couple in the Philadelphia home, I am an “information junkie.”

And it’s information that usually ends up on my desk as piles and piles of papers and books.

My research on this topic has been a real education. Dr. Samuels from Johns Hopkins University Obsessive-Compulsive Disorder Clinic has identified five common traits that go with the tendency to hoard:

Of the five, I think that two of them, perfectionism and avoidance behaviors, are the ones that cause me the most problems. I’m sure my family would agree. I’ve had these traits since birth, but they were also reinforced during my 12 years in grad school working on a dissertation.

How many people have hoarding disorder?

The actual number of people who may have a compulsive hoarding disorder in the United States is unknown. Gerald Nestadt, MD, MPH of the Johns Hopkins University School of Medicine says the disorder may affect between 700,000 to 1.4 million people. On the other hand, Jeff Szymanski, executive director of the International OCD Foundation http://www.ocfoundation.org/hoarding, estimates that there may be as many as 5 million hoarders in the U.S.

But you may be wondering, why is there such a difference between experts?
Usually because hoarding takes place in isolation. And often the hoarding behavior doesn’t come to light until there is a crisis. Sometimes it only comes to light after the death of an aged parent.

On the surface the hoarding problem looks and smells bad. But, there are other concerns that put people with compulsive hoarding disorder in danger.

Loretta Worters, Vice President of the Insurance Information Institute lists four reasons for increased risk in a hoarder’s home that are of particular concern for insurers:

1. First, there’s an increased fire risk from materials like papers, books, and food.
2. Second, there’s a potential liability from accidental injury to a visitor.
3. Third, blocked exits keep people from getting out or in, in case of emergency.
4. And fourth, poor maintenance of plumbing, roofing, flooring, heating, and electrical systems causes an increased risk of property damage.

There is no current “hoarding exclusion” on insurance. But, because of the increased risk caused by hoarding behaviors, a homeowner’s insurance policy may be denied or not renewed after there is a loss if the adjuster notes that the property belongs to a hoarder. And that puts the hoarder and their family at an additional risk should a loss occur later on.

Because hoarding has become such a problem, PuroClean Emergency Recovery Services is networking with organizations and treatment professionals in the Greater Philadelphia area who specialize in assisting hoarders and provide help for families of hoarders.

In addition, if you know of other resources in our area, please contact us and we will add them to the list.

If you or someone you love needs help with hoarding clean up in the Philadelphia or South Jersey area, please contact us. We’re only a phone call away! 877-750-7876