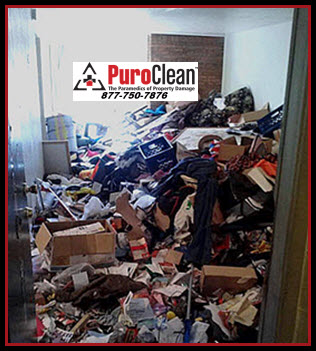 May is Mental Health Awareness Month!

And this year’s Mental Health Month campaign is entitled Risky Business. The purpose of this year’s campaign is to educate the public on habits and behaviors that increase the risk of developing or exacerbating mental illnesses. These include a wide variety of risk factors like risky sex, prescription drug misuse, internet and/or gaming addiction, excessive spending, marijuana use, and troublesome exercise patterns.

The intent behind this theme is to raise awareness of the risks that these types of behaviors present, especially for young people. The goal is to help families and individuals detect these early warning signs, and to provide resources for prevention and early intervention.

But, for the first time ever, the Mental Health Association of America is talking about hoarding.

Specifically, in this year’s campaign, there’s actually a focus on the difference between compulsive buying vs hoarding disorder.

So, what’s the difference? And why does it matter? And why on earth is a property damage restoration blog writing about this? 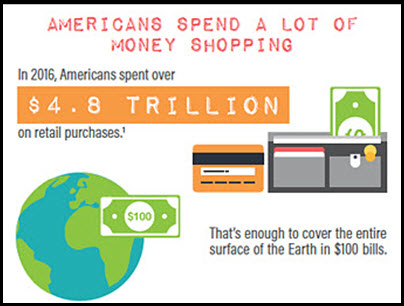 Everybody shops. We have to. It’s the only way to replace consumables and necessities.

But, did you know that in 2016 Americans spent over 4.8 Trillion dollars on retail purchases? Yeah, that’s trillion with a “T”!

That’s enough to cover the entire Earth in $100 bills!

Most of us have an internal mechanism that tells us when to shop and when to stop.
But for 5.8% of Americans with compulsive buying disorder, there’s an uncontrollable desire to shop.
As you can imagine, that results in uncountable hours lost time and lost money.

As a matter of fact, only 61% of people with hoarding problems meet the criteria for compulsive buying.

So here are the key differences between the two: 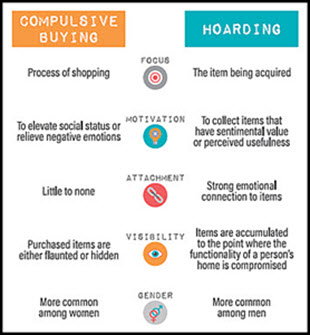 First, what separates compulsive buyers from hoarders the reason behind the buying or the hoarding.  For compulsive buyers, it’s the process of shopping. It’s like “retail” therapy gone waaay overboard.  But for hoarders, the focus is the item being acquired.

Second, there are differences in motivation between the two behaviors.  For compulsive buyers, the behavior relieves negative emotions or to elevates status.  But, for people with hoarding disorder, it’s usually a sentimental attachment to an object.

Third, for people with hoarding disorder, there’s a strong emotional attachment to the items they purchase. And, they’re unwilling to give them up, except under duress.  Yet, it doesn’t seem like people with compulsive buying disorder suffer the same amount of emotional attachment to their purchases. For whatever reason, people who buy compulsively appear to let go of their purchases with ease, perhaps because it gives them a reason to shop some more.

Fourth, for compulsive buyers the items are either hidden or flaunted. Whereas the defining feature of hoarding behavior that makes it a psychiatric disorder is that items are accumulated to the point where they impair safety and functioning.

And finally, it appears there are gender differences among the two risky behaviors.  Compulsive buyers are much more likely to be women, while hoarding disorder is more commonly diagnosed in men. 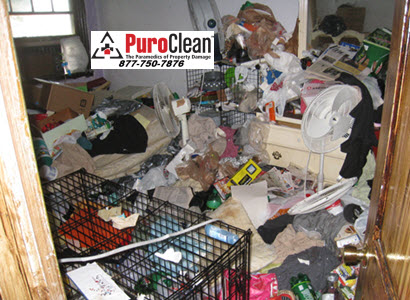 Is it hoarding disorder or compulsive buying?

But why is a property damage restoration blog discussing compulsive buying vs hoarding disorder?

So if you, or someone you love needs help with the crises of cleanup, in the Philadelphia, PA and Cherry Hill, NJ area give us a call at 877-750-7876.