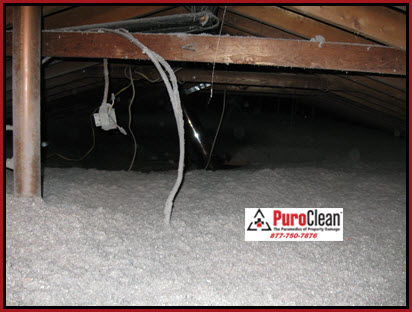 What’s that smell? Solving A Different Kind of Odor Problem

You see this homeowner in Philadelphia had a pest problem. Squirrels had found their way into his attic. Not only were they making a LOT of noise, they were creating a mess of the insulation as well.

Somewhere the guy had heard that squirrels hate moth balls. The suggestion he found on the internet: moth balls would chase them away.
So, not wanting the expense of hiring a professional exterminator, the man bought some moth balls at the local supermarket for a few bucks. Then he threw liberal handfuls in his attic. Then, he waited.

That would have been okay, if the odor had stayed in the attic. But then, the smell of the moth balls began permeating all the bedrooms on his upper floor. Now, the homeowner’s wife and kids were complaining – loudly – about the smell and about headaches from the stench.

In all fairness, the family’s complaints were valid. Moth balls are made from a chemical called “Paradichlorobenzine.” So essentially, when you inhale the odor from moth balls you’re inhaling pesticide.

According to the National Pesticide Information Center, people exposed to paradichloraobenzene often experience nausea, vomiting, dizziness, fatigue, and of course, headaches. Paradichlorobenzene may also cause kidney and liver damage in pets. The World Health Organization (WHO) considers this chemical “possibly carcinogenic to humans” based on studies with mice.

In desperation, the homeowner called PuroClean Emergency Recovery Services for help. We explained that he would need to call an exterminator first to remove the squirrels. 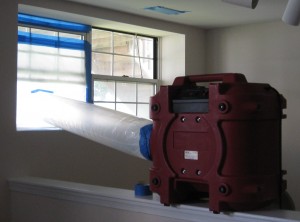 First, to protect our employees during the clean up, we installed what’s called “negative air” on the attic to vent the fumes outdoors. This had the added benefit of clearing the odor from the upper floor of the home.
Then, we located all the errant moth balls. We searched through all that fluffy insulation by hand.
After that, we removed the negative air and sealed the attic vents and applied ozone to the space.

Within 24 hours, we were able to solve the odor problem and save the health of the homeowner’s family. In the process, our solution saved him thousands of dollars since he didn’t need to remove and replace all the insulation in his attic.